The social event takes us to the Zollern Colliery which is located in the west of Dortmund. It is one of the most beautiful and impressive testimonies to Germany's industrial history. It was closed down in 1966 and serves as the headquarters of the Westphalian Industrial Museum now. We join a guided tour in English at 3:30 p.m. but there is also some time to inspect the museum on your own.

The conference dinner takes place at HÖVELS Hausbrauerei in the city of Dortmund. We have arranged a tour of the HÖVELS in-house brewery at 6 p.m. right before the dinner, too. 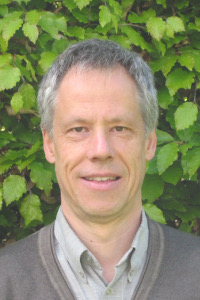 Jan Van den Bussche is professor of databases and theoretical computer science at Hasselt University in Belgium. He received his PhD from the University of Antwerp in 1993, under the supervision of Jan Paredaens. He served as PC chair, and chair of the council, for the International Conference on Database Theory, and also as PC chair, and chair of the executive committee, for the ACM Symposium on Principles of Database Systems. His main research interest is in data models and query languages for a wide variety of data applications, ranging from spatial data to data stored in DNA. Most recently he is leading a work package on distributed data intelligence within the context of the Artificial Intelligence Research Flanders initiative.
First-order logic of information flows: expressibility, primitivity, input-output properties, and limited access patterns
The logic of information flows has been proposed by Ternovska as a general framework in the field of knowledge representation. The general aim of LIF is to model how information propagates in complex systems. In this work, we focus on the first-order version of LIF. Unique to LIF is the dynamic semantics which relates input assignments to output assignments. We formulate semantic definitions of input and output variables of a LIF expression. These semantic definitions are then approximated by syntactic definitions. The expressive power of LIF is compared to that of first-order logic (FO), and bounded-variable fragments of FO. In this setting, we investigate the primitivity of the composition operator in LIF. We also introduce the "forward" fragment of LIF and show how it can offer a fresh, navigational, perspective on querying information sources with limited access patterns. 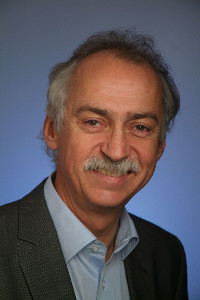 Bernhard Nebel received his first degree in Computer Science (Dipl.-Inform.) from the University of Hamburg and his Ph.D. (Dr. rer. nat.) from the University of Saarland in 1989. Between 1982 and 1993 he worked on different AI projects at the University of Hamburg, the Technical University of Berlin, ISI/USC, IBM Germany, and the German Research Center for AI (DFKI). From 1993 to 1996 he held an Associate Professor position at the University of Ulm. Since 1996 he is Professor at Albert-Ludwigs-Universität Freiburg and head of the research group on Foundations of Artificial Intelligence. Bernhard Nebel is an EurAI and AAAI fellow and member of the Leopoldina. His research interests are knowledge representation, planning, and the application of methods from these areas in robotic contexts.
Implicit coordination of mobile agents
In multi-agent path finding (MAPF), it is usually assumed that planning is performed centrally and that the destinations of the agents are common knowledge. We will drop both assumptions and analyze under which conditions it can be guaranteed that the agents reach their respective destinations using implicitly coordinated plans without communication. Furthermore, we will analyze what the computational costs associated with such a coordination regime are. As it turns out, guarantees can be given assuming that the agents are of a certain type. However, the implied computational costs are quite severe. The plan existence problem becomes PSPACE-complete, while the original MAPF plan existence problem is in P. This clearly demonstrates the value of communicating about plans before execution starts. 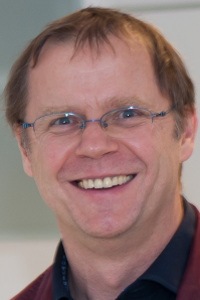 Klaus-Dieter Schewe studied mathematics and computer science at the University of Bonn, Germany. Originally he worked in group representation theory, which was also the field of his Ph.D. After some years in industry he returned to academia working in software engineering, knowledge representation, database theory and rigorous methods, bringing these diverse fields together. His particular interest is on mathematical and logical foundations, semantics and expressiveness. He investigated methods for consistency enforcement, contributed to many results in dependency theory for complex-value databases (together with Sali, Link and Hartmann), developed a thorough methodology for the design and development of web information systems (together with Thalheim), created a client-centric middleware for cloud computing (together with Bosa and others), and developed a theory of knowledge patterns for entity resolution (together with Qing Wang). He developed behavioural theories for unbounded parallel and reflective algorithms (together with Ferrarotti, Wang and Tec) and for concurrent systems (together with Börger), with which he contributed to the foundations of rigorous methods. Recently, he linked this research to descriptive complexity theory. He graduated in Pure Mathematics at University of Bonn, received a Ph.D. 1985 from University of Bonn in Mathematics, and later in 1995 received his D.Sc. from Brandenburg Technical University in Theoretical Computer Science. He was Chair of Information Systems at Massey University Director of the Information Science Research Centre in New Zealand, and Scientific Director of the Software Competence Center Hagenberg in Austria. In September 2019 he joined the University of Illinois at Urbana Champaign Institute of Zhejiang University at the International Campus in Haining, China.
Computation on Structures - Behavioural Theory, Logic and Complexity
Database theory is closely linked to finite model theory. Each relational database defines a finite relational structure, and queries as well as database transformations are computations on these structures. Furthermore, descriptive complexity theory provides many links between the expressiveness of logics concerning queries and common space/time complexity classes. Examples are the celebrated results by Fagin concerning the capture of NP by existential second-order logic and by Immerman/Vardi concerning the capture of PTIME by first-order logic plus inflationary fixed-point over ordered structures. Another related development is provided by behavioural theories of classes of algorithms and proofs that these are captured by variants of abstract state machines, which operate on isomorphism classes of structures. Such theories with purely logical definitions of classes of computations of interest have been developed for sequential, parallel, concurrent and reflective algorithms. Therefore, we will argue for a shift of paradigm making computations on structures as provided by abstract state machines the standard model of computation with the advantage that computations on arbitrary levels of abstraction are enabled. Behavioural theories provide the means for logical characterisation of classes of computations, and also the logical characterisation of complexity in connection with the capture of complexity classes by specific classes of abstract state machines seems possible and adequate. We will provide evidence for the rationale of this shift. 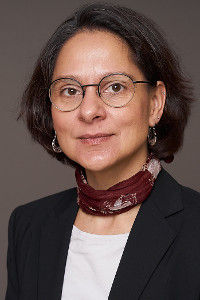 Anni-Yasmin Turhan is an assistant professor at the Institute of Theoretical Computer Science of Dresden University of Technology. Having obtained her Diploma in Computer Science from the University of Hamburg, she started her scientific career in a research project dedicated to non-standard inferences in Description Logics (DLs). She received her doctoral (2008) and habilitation degree (2014) from TU Dresden. Her research interests are rooted in the fields of artificial intelligence and theoretical computer science and are dedicated to knowledge representation and reasoning. She has been a program committee member for many conferences in the fields of knowledge representation and reasoning, Semantic Web, and AI. In her research she studied inferences that can be employed to build and maintain DL knowledge bases. Her recent research projects are dedicated to situation recognition by DL reasoning, reasoning using similarity, and reasoning under nonmonotonic semantics.
Description Logics for Typicality and Nonmonotonic Reasoning
Description Logics (DLs) are an intensively studied class of logics tailored towards building ontologies. Most DLs are decidable fragments of first-order logic. A DL knowledge base consists of two parts: the terminological part that captures the concepts of the application at hand by means of concept axioms and of the assertional part that captures the data from the application. In practical applications where exceptions occur frequently, such as Biology or Medicine, classical, monotone reasoning is often undesirable. Likewise, for applications where data may be erroneous and causes inconsistencies w.r.t. the DL terminology, monotonic reasoning is unsuitable. An approach to achieve nonmonotonic behaviour of DLs is to employ defeasible description logics, which admit the use of defeasible concept axioms. During reasoning these axioms can be omitted for those instances that otherwise would cause an inconsistency. Defeasible DLs can also be employed to model typicality. Instances that fulfill more defeasible axioms are simply regarded more typical than others. Over the last decade a whole range of defeasible DLs has been proposed in the literature. The proposals have very different strengths and weaknesses and can be rather hard to compare with each other - in particular, as the semantics are often given in a procedural way. In this talk I introduce defeasible DLs and demonstrate different approaches to reasoning in these DLs. I discuss our recent approach for the defeasible Description Logic EL_\bot that has model-theoretic semantics and remedies some of the severe shortcomings of earlier approaches. We also investigate the complexity of reasoning in this defeasible DL in different settings.